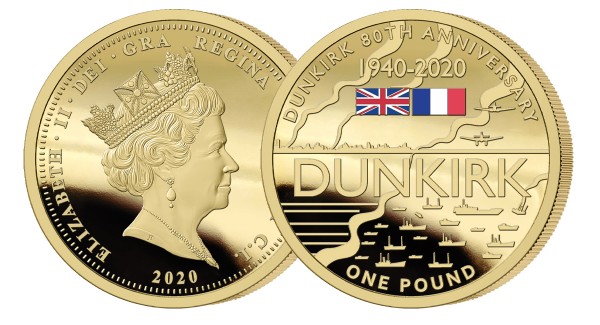 The Dunkirk evacuation, code-named Operation Dynamo was the evacuation of Allied soldiers during World War II from the beaches and harbour of Dunkirk, in the north of France.
The operation commenced after large numbers of Belgian, British, and French troops were cut off and surrounded by German troops during the six-week Battle of France.

This heroic coin depicts the 80th anniversary of this event. The flotilla of hundreds of merchant boats, fishing boats, yachts and lifeboats called into service by Britain can be seen on this one pound gold coin that also has a colour print of both the British and French flags.