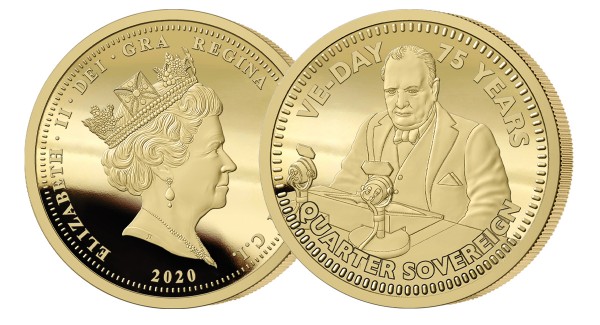 Victory in Europe Day is the day celebrating the formal acceptance by the Allies of World War II of Germany’s unconditional surrender of its armed forces on Tuesday, 8 May 1945, marking the end of World War II in Europe. In the UK it is often abbreviated to VE Day.

2020 commemorates the 75th anniversary of that momentous day, this magnificent coin the depicts Winston Churchill giving his speech on VE Day to the British people. He said "we may allow ourselves a brief period of rejoicing, but let us not forget for a moment the toils and efforts that lie ahead"