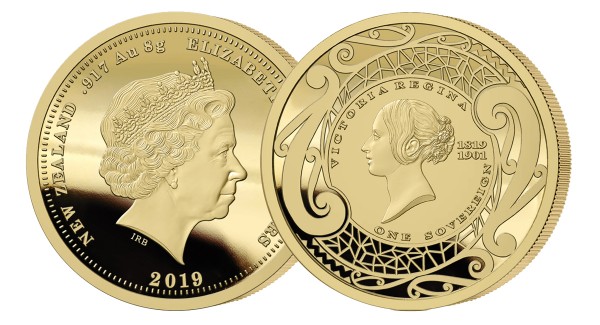 The New Zealand Sovereign honours New Zealands first monarch, Queen Victoria
who came to the throne in 1837 and went on to become one of the most celebrated monarchs in history,